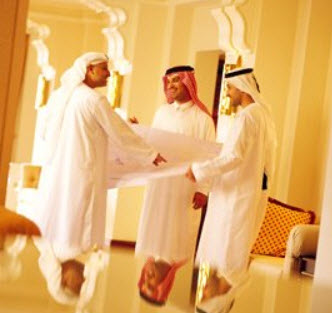 Islamic Finance was born about 40 years ago, and has seen unprecedented growth in recent years; the pace of this growth is accelerating. There is a very common notion that Islamic Finance is a financial system that is essentially interest free, and that is the end of it. This is not entirely accurate as, although the basis of Islamic Finance denounces usury, termed as riba (which is the lending of money at exorbitant rates), there is more to it than just this. The concept is more accurately that money has no intrinsic value – it is only a measure of value, and since money has no value itself, there should be no charge for its use. Therefore, Islamic Finance is said to be asset based as opposed to currency based whereby an investment is structured on exchange or ownership of assets, and money is simply the payment mechanism to effect the transaction.
Speaking plain language Islamic Finance specializes in financial products that comply with Islamic law. That means no collecting interest, no short selling and no contracts that are considered exceedingly risky. It also rules out some of the activity that got Western finance in trouble — subprime mortgages, credit default swaps and the like. Islamic Finance operations aren’t prohibited from making a profit -  banks that comply with Islamic law, or Sharia, earn money from fees that are part of the cost of the loan, some paid up front and some over time.
Some numbers that are produced from “A Guide to Islamic Finance In Or From The DIFC”
The total size of the Islamic Banking industry is currently estimated to be between USD 800 billion to USD 1trillion, and is estimated to have a global potential of USD 4 trillion.
Growth rate is 15%-20% per annum
Within the next 8-10 years, the Islamic banking industry is estimated to capture half of the savings of the world’s 1.6 billion Muslims.
Assets under management in Islamic Funds are estimated to be between USD 50 billion to USD 70 billion.
So, what about mining? Of course, as any other sector mining is in the focus of Islamic Finance.
Last year one of the key events was the decision of BlackRock Global Resources & Mining Fund to accept the principles of Shariah financing. The Dubai Multi Commodities Centre (DMCC) joined Barclays Capital and Shariah Capital  were introduced as the seed investor the BlackRock Global Resources & Mining Fund on the Shariah governed Al Safi Trust platform. BlackRock, Inc., with over $1.26 trillion assets under management, will manage the BlackRock Global Resources & Mining Fund on Al Safi. That means that the following funds shall be here: Gold, Energy, Natural Resources, Global Resources & Mining Fund. Special emphasis is made on small cap companies with capitalizations from $25 million to $2 billion.
A few days ago it was reported that AIM-listed Islamic Investment Bank acquired a 26% stake in Diamondcorp. And today Finance Asia publishes “Challenges and opportunities for Islamic finance” an interview with Humayan Dar, chief executive officer of BMB Islamic UK, that is worth reading. And just yesterday Bernama reported that Deloitte has set up an Islamic finance centre of excellence in Malaysia to provide consultation on Islamic finance for the Asia Pacific region.
So, I think, that Islamic Finance in this rapidly and drastically changing world might be a very good option for mining firms looking for cash.
Here are some links for those interested to learn more on the subject:

Posted by Vladimir Kuznetsov at 9:56 PM