This post concludes the archives of my Global Mining and Financing Issues Blog that I was running 2009-2011. At this time the Blog was visited daily - I got over 300,000 pageviews from all over the world. The Mines & Money 2011 show was my last effort with Earthstone Holdings, after that - I moved to other businesses in Indonesia (one other Blog in Indonesia, though not a big one, was Oil and Gas Issues in Asia (2013) where I covered some topical issues). I do hope that this archive may be of a use for scholars and professional, since some information presented is more or less actual. I witness the interest now with daily hits on my archive pages. 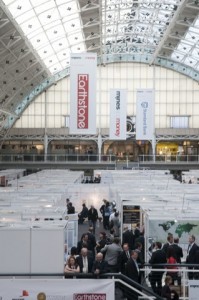 It is well known that London is one of the financial centers of the world, and this event served its purpose for the global mining industry to cultivate long term partnerships with its mining stakeholders and investors. Despite negative economic news from the Eurozone and the ongoing banking crisis, a lot of investors were present at the Conference. That shows that miners appear to offer good investment potential in a market where other sectors are suffering.
Earthstone opened the Plenary Session with the corporate presentation 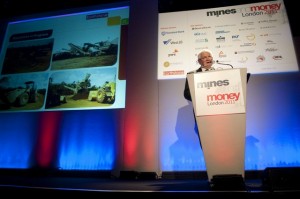 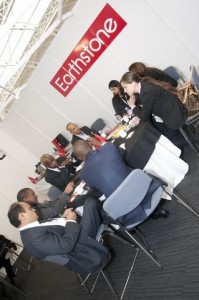 As a Special Guest for Earthstone, the delegation of Mali Ministry of Mines, headed by Honorable Amadou Cisse, was attending the show. Corporate top management and officials from Mali were engaged in a number of fruitful negotiations and discussions with investors and mining professionals on development of mining projects in West Africa 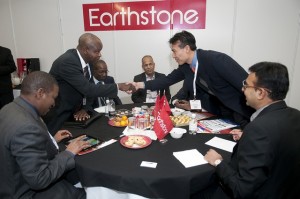 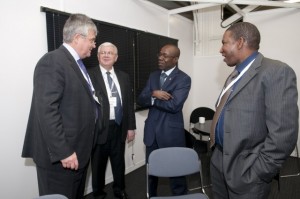 Posted by Vladimir Kuznetsov at 4:42 AM 6 comments:

Email ThisBlogThis!Share to TwitterShare to FacebookShare to Pinterest
Labels: Earthstone, Mines and Money 2011 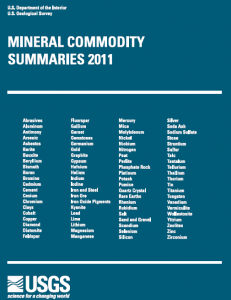 A recent publication of U.S. Geological Survey  Mineral Commodity Summaries 2011 lists a comprehensive data on major commodities – worldwide and in the USA.
As an example, here is the latest data on iron ore:

Besides all factual data, there is a nicely complied APPENDIX C—Reserves and Resources, that in concise language explains salient notions that are associated with these two terms.
“Reserves may be considered a working inventory of mining companies’ supply of an economically  extractable mineral commodity. As such, magnitude of that inventory is necessarily limited by many considerations, including cost of drilling, taxes, price of the mineral commodity being mined, and the demand for it. Reserves will be developed to the point of business needs and geologic limitations of economic ore grade and tonnage. For example, in 1970, identified and undiscovered world copper resources were estimated to contain 1.6 billion metric tons of copper, with reserves of about 280 million metric tons of copper. Since then, about 400 million metric tons of copper have been produced worldwide, but world copper reserves in 2010 were estimated to be 630 million metric tons of copper, more than double those in 1970, despite the depletion by mining of more than the original reserves estimate.”
I recommend to download the brochure, as it is a useful and handy reference material in everyday operations for miners.

Posted by Vladimir Kuznetsov at 4:25 AM No comments:

Continuously monitoring industry news, I noticed that at this time the use of Internet by miners is rather modest. In fact I was in discussion with organizers of a mining conference in London last May to make a presentation on this issue, however, they thought better of it (not important issue) and it never happened.  Indeed when one Googles the words --  it is obvious, as compared to other industries – almost 2.5 times less hits, than for oil and gas (to say nothing about agriculture): 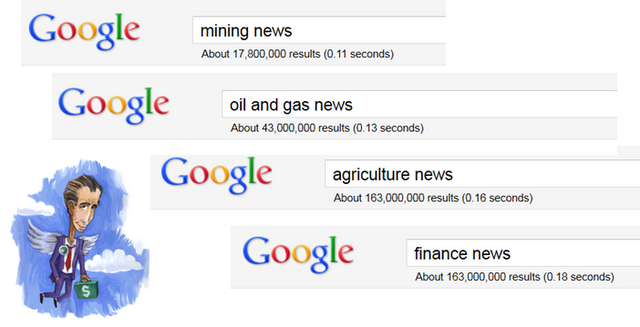 To get a well-defined picture, as to what sources are available now, I have performed the search with top 3 Internet search engines, and have located 31 information resources that are currently available with up-to-date information on mining. I have used Alexa Internet Service – based on its results I have compiled  the following ranking.
The "Traffic Rank" measures the site’s popularity and is calculated using a combination of average daily visitors to the site and pageviews over the past 3 months(as of July 16, 2011). The site with the highest combination of visitors and pageviews is ranked #1. The “Audience” column is representing (if available) Alexa’s results on biggest share of visitors to this site.

Analyzing the data, it is obvious, that there are three white spots on the international mining map: Europe, South America and MENA countries.  There are no specialized mining information sites for these areas (or probably they are – but not prominent on the Web). Interesting exception is the #20  Iran Mining – the only MENA country, noticeably represented in the search engines and having a decent traffic.
Probably the readers may submit more entries to the table – and I hope I can update it????
P.S. I humbly inserted this Blog, which surprisingly for me is at its 28th position…..


Update.
All of a sudden I got the mail with reference to a good Australian mining information resource: 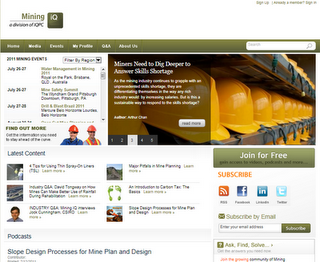 Mining IQ-  a mining guide and mining learning portal and an international online community focusing on providing mining professionals with mining industry knowledge, information and an online networking and communication platform. Alexa provides the traffic rank as 3,237,697, which is around 23rd in my ranking.
Notable observations:
Mineral Exploration Success
Investing in Mining Resources: Industry Q&A with Mark Clarkson
Investment in Rare Earths
Industry Q&A: How Can Mining Companies Increase Their Finance Chances?