That is a really exciting period that we all are living in. Even the nature with its changing climate is reflecting all thrills and shake-ups that are happening today. And I think that major contributor to the world’s development is the “V” part of Nouriel Roubini’s LUV recovery. However, I would suggest to look into new dimension. A geologic term that is quite popular among the pundits: The Gondwana supercontinent that included Antarctica, South America, Africa, Madagascar, Australia, Arabian Peninsula and India.  This picture shows the history: 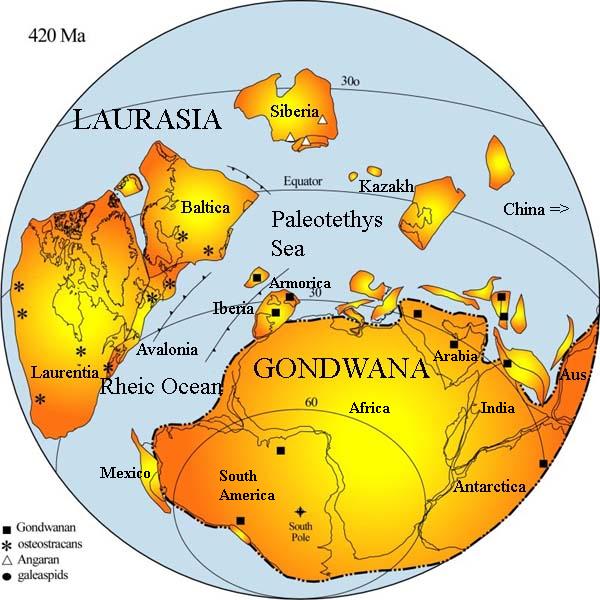 Although it was about 500 million years ago – isn’t it ironic that the current world economic order revolves around the same countries? That means something? And in my opinion – that creates a new mining group: The Gondwana Miners – that would definitely influence and shape the next century developments. As an example – there is a news flash that Colombia may increase its coal supply to Europe – which many analysts look at rather skeptical.
The Mining World Order is experiencing profound changes that directly affect the business. Some of the industry gurus have their own view and  pinpoint to the classic ‘commodity cycle’ aspect. However, what happens if this time the cycle would lead to some changes that are established for good???
Here are some major events that, in my opinion are shaping The Mining World Order at this time:
1. The boom in metals and commodities, there is no doubt now that this is the result of “V”-part recovery in Gondwana countries. Emerging markets’ population is driving demand for mining and energy. Iron ore, copper and coking coal are the leaders. In fact, refer to the latest statement by Rio Tinto’s representative More mining demand in next 20 years than in past 10 000 years – Rio Tinto . According to some experts, it will take 10 to 15 years — for global mining supply to catch up to the surge in emerging market demand.
2. This boom results in establishment of huge mining entities: e.g. Mt.Isa Mines – the biggest mining house in the 60-ies had market cap around $4.4 Billion in current USD; while BHP Billiton current number is around $ 250 Billion. In fact some news wires carry their reports under the heading “It is Good To Be a Miner” – referring to the news on tripling profits of Rio Tinto, and other major players. Big mining never had it so good – posts Reuters today in its commentary.
3. More and more pronounced are the concerns about the “critical metals” shortage: rare earth elements, molybdenum, vanadium, manganese, lithium, niobium, cobalt, tantalum, tungsten, indium and others
4. New resource deposits are becoming harder to find and take longer to develop; the most easily accessible resources being already exploited. However a lot of opportunities still exist – in Gondwana – and mining juniors are rapidly exploiting them – acting quick and efficient.
5. Changes in the way mining financing are done. The big companies accumulated lots of cash and it runs out that is more practical to revert to M&A, rather than prospect and develop. And more spice is being added to financing  by the drastic announcements that were made last week: mergers of major stock exchanges – LSE-TSX; Deutsche Borse and NYSE Euronex; Hong Kong Stock Exchange – CBOE (?),  Nasdaq (?); exchanges from Peru, Colombia and Chile are merging; Singapore Stock Exchange –  Australian Stock Exchange. This all will directly affect those miners that are looking into raising money through public offerings. In fact, today’s news wires carry the item that Chinese companies are turning to equity markets, rather than debt borrowing. This process is clearly the itchiest for all mentioned exchanges – the recent days saw many promotional news on each of them – like this one that came out today: Toronto Stock Exchange is an international leader in the mining world6.  The response of the industries that support mining is also noticeable. Consolidation of the law firms takes place –as it was reported today: GLOBAL law firm Clifford Chance has unveiled a merger with two leading Australian practices to give it greater exposure to the booming resources trade with Asia.
So, where are the junior miners in this picture? As usual, I think, that they trying to benefit the most:
So, may I finish on an optimistic note: Gondwana junior miners are in the right place and at the right time in the new Mining World Order.

Posted by Vladimir Kuznetsov at 4:20 AM