We are continuing with the review of mining companies that operate in Zambia.

Glencore International AG is a privately held commodity trader, headquartered in Baar, Switzerland.
Mopani Copper Mine is an integrated copper and cobalt producer located in the Copperbelt of Zambia.
This JV shareholders are:

This June it was reported that Mopani Copper Mines has invested more than USD 1 billion in its operations. Investments in operations in Kitwe and Mufulira mines in the past 10 years has exceeded investment by privatized mines in Zambia. 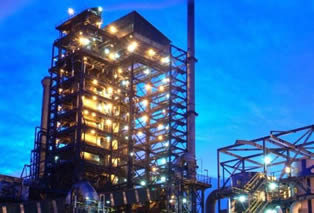 Mopani's operations consist of four underground mines, a concentrator and a cobalt plant in the town of Kitwe and an underground mine, concentrator, smelter and refinery in the town of Mufulira. The capacity of the Mufulira Copper Smelter is being expanded in a phased approach to 870,000 tons of concentrate by the end of 2010. The current capacity with the new Isa smelt furnace is 650,000 tons of concentrate.
Also, the company has four SXEW plants (Solvent Extraction and Electrowinning), two at Mufulira and two at Nkana. The feed is sourced from both in-situ leaching, vat leaching and heap leaching. Glencore's initial interest was acquired through a subsidiary in 2000
Production capacity

Number of employees 7,800
A very interesting essay on Mufulira Mine can be viewed here. It has this map 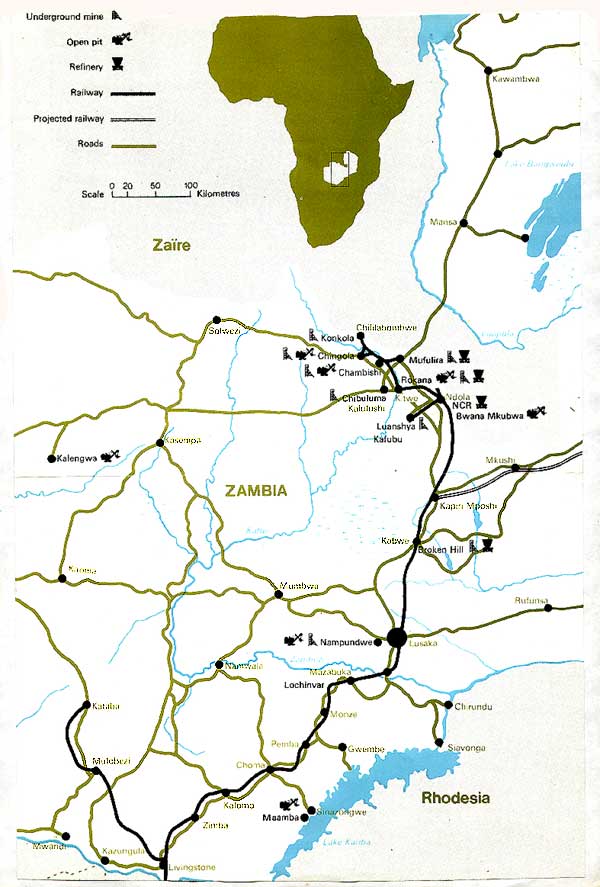 Zambezi Resources Limited (Zambezi) is exploring for and developing copper and gold projects in Southern Zambia. Zambezi has identified seven major project areas, which it is actively exploring. The projects have been identified as Iron Oxide Copper Gold (IOCG) type deposits and also shear-hosted gold deposits. These projects are contained within eight prospecting licenses covering an area of over 16,000km². Zambezi currently retains 100% ownership of its projects, although Zambia's abundant mineral endowment has lead Zambezi to seek joint venture partners to assist with funding exploration on some of its projects.
Zambezi listed on the London Stock Exchange’s AIM in July 2004, raising £2.5 million.  Since then Zambezi has raised an additional £14 million on AIM through subsequent placements, including a strategic placement to Glencore.  In July 2007, Zambezi successfully listed on the ASX through an IPO, raising an additional A$15 million.
An outdated (2008) Corporate brochure  maybe downloaded here
Zambezi’s relatively mature exploration portfolio and the removal of the retention license option in Zambia in early 2008 severely constrained Zambezi’s strategic options. ZRL voluntarily suspended trading on the ASX on 30th October 2008 and on AIM on 3rd November 2008 in order to secure the finances of the Company. The Company’s story and current status can be viewed at this delisted Web-site.
More coming soon…

UPDATE:
I would like to pinpoint to today's long piece in the Zambian Watchdog: What is happening to Konkola Copper Mines? This has a very detailed critique of the Zambian mining industry and concludes with the following:

"Government should immediately review the entire regime governing the mining sector and to avert the boiling social crisis and despondency that has engulfed the Copperbelt. This will also allow realistic financial benefits to accrue to the country and its citizens. The country should be allowed to collect a credible share of revenue from this wealth. Government has a duty to protect the rights of workers, to provide social service to local communities, and to be an effective regulator in order to protect the environment."
Posted by Vladimir Kuznetsov at 3:56 AM